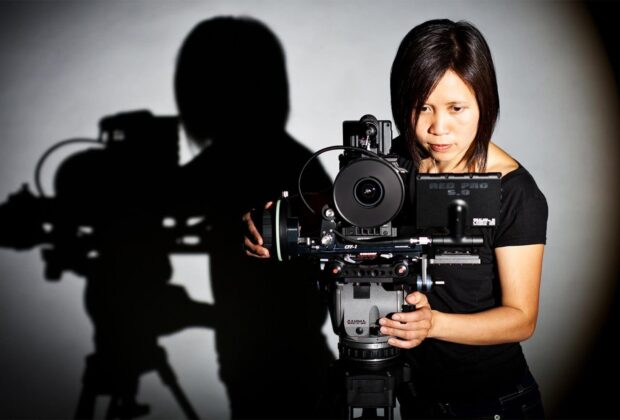 Katharina Otto-Bernstein made her directorial debut in 1990 with the television documentary “Coming Home.”  Inspired by the fall of the Berlin Wall, it documents the lives of German families dealing with re-unification. In 1992 she directed the comedy “The Second Greatest Story Ever Told,” followed up by two additional projects in 1993. She founded the production company Film Manufacturers Inc. in 1994. She made waves at the Sundance Film Festival in 1998 with “Beautopia” and garnered critical acclaim for “Absolute Wilson” in 2006. Her 2016 project, “Mapplethorpe: Look at the Pictures,” was the first feature-length film about controversial American artist Robert Mapplethorpe.

Alice Guy is considered by many people to be the first female film director. The 1896 short film, “The Cabbage Fairy,” is her first credited work. She went on to direct hundreds of other short films for Gaumont before she and her husband opened their own studio in 1910. She directed her final film in 1919. Jodie Foster narrates her story in a 2018 documentary by Pamela B. Green.

Heckerling’s feature debut was the stoner classic, “Fast Times at Ridgemont High,” which was released in 1982. The movie is probably best known for launching the careers of Jennifer Jason Leigh and Sean Penn; however, it is also one of the few films of the time to treat the topic of abortion with sensitivity. Her other notable films include”Clueless” and “Look Who’s Talking.” She also directed episodes of the TV shows “The Office,” “Gossip Girl,” and “The Carrie Diaries.”

The daughter of famous director Francis Ford Coppola, Sofia made her feature debut in 1999 with “The Virgin Suicides.” She directed the Oscar-nominated movie “Lost in Translation” in 2003 and won an Academy Award for her original screenplay. She took home the directing prize for “Beguiled” at the 2017 Cannes Film Festival.

Jenkins made a big splash with her 2003 debut, “Monster.” The film’s star, Charlize Theron won a best actress Oscar and the film went on to win best first feature at the Indie Spirit Awards. She made history in 2017 as the first woman to direct a comic book tentpole movie when she directed Marvel’s “Wonder Woman.” The film was a massive box office success and Jenkins also directed the sequel, “Wonder Woman 1984.”

Gerwig snagged an Oscar nomination for her direction of the film “Lady Bird” in 2017. She followed that up with a reimagined version of “Little Women,” intended to demonstrate that the story remains relevant in contemporary times when women still face many of the same financial restrictions.

Recently, two women directors were nominated for best director awards in the same year for the first time at the Academy Awards. Only seven women have ever been nominated and only one has taken home the prize. Women directors continue to make progress, but there is still a long way to go.

Subsidized Cell Phone Oklahoma: What it is, And It Benefits You