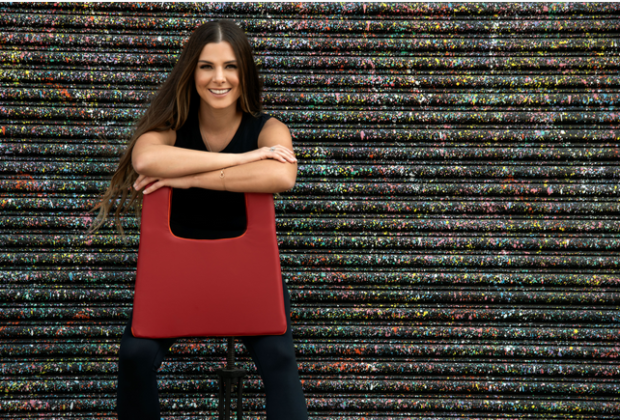 Milena Djankovich and her husband Mladen welcomed their first child in 2015, just over a year after their wedding.  It was undoubtedly a life-changing moment especially for Milena, who understood that motherhood took precedence over everything else.  Milena placed her journalism dreams on hold and Mladen was balancing dad duties with his exit strategies from his second successful startup.

It was also challenging to sooth a colicky baby, and the couple had to continuously be in comforting mode so Milena turned to rocking – the only thing to calm her newborn. She cherished the bonding time this allowed between herself and her son.  However, even as Milena cherished the feeling of being a super mom, she had to contend with the cabin fever that comes from rocking her baby for hours on end while staring the same four walls of their nursery.  It made her reflect on such a simple motion a rocking’s ability to both comfort and sooth. 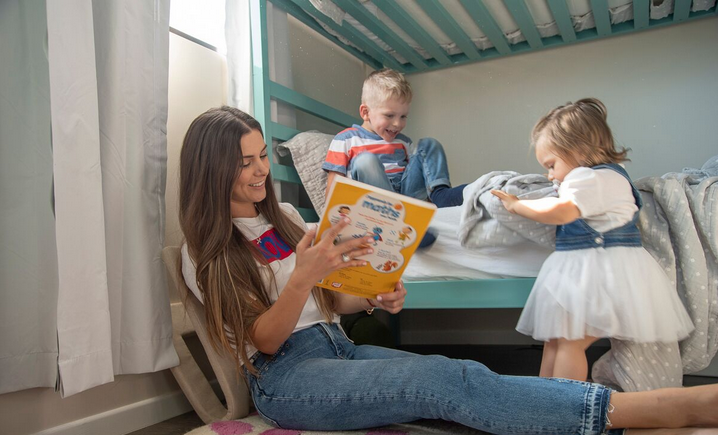 Milena felt that she had to do something to solve what seemed at times like a solitary confinement sentence.  She began to search for a portable rocking solution, one that would provide her a little flexibility and freedom.  But she was shocked to find out that no such thing existed.  And the more she ended up with blank results, the more driven Milena became on finding a more portable rocking solution, one that would not compromise the many benefits of rocking babies, from controlling equilibrium and increasing motor movement to improving breathing and fostering in newborns a deep sense of security, belonging, and love.

Soon Milena was pregnant with their second child which pushed them to pursue their newfound mission with much vigor, knowing that, at least on a personal level, they needed to find a viable rocking solution.  After a rigorous testing and prototyping period, The Ready Rocker was born.  And seeing how their invention helped them keep up with an active two-year-old while still nursing and soothing their newborn, the couple knew that they had something special.

Milena Djankovich believes that The Ready Rocker celebrates mothers everywhere.  Paying homage to them and their innate caregiving became a larger-than-life mission, something the couple fully embraced with the establishment of their company RockerMama in 2016.  “If moms and caregivers in all categories can rock in more places, more often, and while sharing their experiences both live and virtually, maybe we can all spend a little more time in our happy place.” Milena enthused.

PREPARE A GREAT BIRTHDAY PARTY FOR GIRL AND BOY

Teaching your teenager about financial responsibility